“If truth does not translate across all nations then it is not the Kingdom truth that God wants all nations walking in.”  Dr. Leonard Robinson

When you adopt concepts out of the Bible that appeal to your senses but isolates nationalities then what you have been led to believe is error masquerading as truth regardless to the origin of the deception.

Jesus came with the word that was designed to bring correction ultimately to every nation (ethnos), every ethnicity across the whole earth.  So Jesus came first to the Jews saying “The time (kairos) moment in this season of the initiation of God’s sovereign will has arrived, repent of your religious thinking and believe the good news, the Kingdom (God’s royal rule, authority and act of ruling in the hearts and lives of men who voluntarily turn from their religious pretentious ways and sins, submitting themselves to Him) has arrived.  Mark 1:14-15

Don’t miss your “kairos” moment.  When Jesus says; “The “time” is fulfilled…., He is saying that the kairos moment in which God has chosen to initiate His reign is upon those who heard the gospel, and that the only responsible response on the part of the hearer is to repent, change their thinking and change their direction so that what God has initiated can be fulfilled within them.

I repeat….”Don’t miss your “kairos” moment.  Repent and believe the good news, the Kingdom has arrived as God’s royal rule, authority and act of God reigning, it is here now for those who will believe and receive.

Jesus did not come to ‘institute’ Jewish custom or to promote Jewish protocols for the nations of believers who are to receive the gospel.  Nowhere does Jesus say that He came to make anyone to be Jews, or to have a need to know and/or return to Jewish/Hebrew roots, practices, customs or protocols as the Jewish nation.  Paul picked up on this in his epistle, he said “A Jew is not one outwardly, but one inwardly.”  Many other such things Paul said to highlight that the gospel was not about making Jews or returning Gentiles back to Jewish Hebrew roots but was about making all nations, Jew and Gentile one who all drank of that same Spirit.  So Jesus did not come with a religion nor did He promote one.  People today who are donning miter hats, clergy collars, robes and wearing 3″ crosses and 18″ chains and are having ordination and elevation services have missed God’s original intent in sending His Son, and have turned the plan and purpose of God into a religion of man’s making called Christianity, yet far removed from the Christianity of the days of the apostles after the ascension of Jesus.

The curse of deception is that when one is deceived and the deception becomes their identity they will fight to maintain what has now become their culture.  The Kingdom is not Jewish, nor is it Catholic, Presbyterian, Episcopalian, COGIC, Baptist or any such group with their own unique religious distinctions.

The Kingdom of God is a government, a territory, the influence of the King over a people that He has chosen for Himself, that He would be their God and they would be His people.

The Kingdom of God is the active reign of a King over a people, impacting them with His will, influencing them that they would become the culture of the Kingdom.

The Kingdom is not a religion, but is indeed righteousness, peace and joy in the Holy Ghost.

The Kingdom of God is not mere words but is also power, and the Kingdom is the provision of the King on behalf of His citizens who make His Kingdom and righteousness their number one priority regardless to being Jew or Gentile.

When you don’t study the Kingdom of God you will hone your theology after dead men’s ideas like Luther, Calvin, Knox, Schweitzer, Dake, Guttenberg and others who thought they were doing God service in articulating and defining the religion we call Christianity.

You will believe the evangelicals that gave us a Jesus that saves, and the non-doctrine of “eternal security” without obedience to the King.

Without the study of the knowledge of the Kingdom of God you begin to believe concepts that appear to be an answer to your personal, individual lack of identity and search for acceptance as you seek to appease God by your activities of religious piety.  Friends there is no limit of the deceptions that have cropped up over the centuries since the deaths of the first Church apostles.

We’ve believed the teachings of Augustine who believed that the Kingdom and the Church are the same, which they are not.  Yet because as a theologian, an apologist, long considered an early church father, who courted the favor of prominent civil and religious leaders, over the views of Origen, another church father, who knew that the Kingdom and the Church were distinctly different, Augustine’s beliefs were adopted and became the genesis of the Catholic Church.

By the 4th century the Kingdom was no longer being preached as Jesus and His disciples had preached it prior to the death, burial and resurrection of Jesus and after His ascension.  Over time only more and more variations of religious concepts began to emerge as truth and much of it lies, misconceptions, misrepresentations and even paganism and ungodly mysticism.  This is also true of how the gospel of Jesus Christ that He is King, and that the Kingdom had arrived turned into the gospel of Jesus Christ that He is Savior and soon coming King.  In other words, the gospel truth of the Kingdom was stripped from the words of Jesus although the Kingdom was His central message and the purpose for Him coming.

So today such misunderstanding exist about the Kingdom of God, that religious men in a vain attempt to rediscover the Kingdom and adopt its concepts wanting to appear relevant, are naming their conferences Kingdom this and Kingdom that, but they are not abandoning their clergy collars, robes, crosses, chains, miter hats and all the other such religious, often paganistic things that they do in the name of religion and piety while claiming to represent the King and His Kingdom.

This major and often times fatal deception is equally true of those who try to take you back to Jewish/Hebrew roots to justify a concept of you needing to get closer to God, or you needing to understand Jewish concepts in order to better know and appreciate the New Birth.  When confronted with the truth from the scriptures adherents will refute truth with concepts of Jewish “revelation” and a preoccupation with the Old Testament.

Again, and I am quoting myself here:  “If truth does not translate across all nations then it is not the Kingdom truth that God wants all nations walking in.”

On the subject of returning back to Jewish/Hebrew roots here is what Jesus and Paul said on the matter.  I have written the addresses of these verses but I want you to do the work of searching out these scriptures.   The Holy Spirit said to me that too often we adopt philosophies, ideologies and what we believe is theology because we fail to do the thorough study necessary to know the truth.   He said that when someone teaches you something from the word and they only give you the scriptures that appear to prove their point, unless you look above and beneath you will miss the lies that they are teaching.   He also said that if you draw your identity from the Old Testament you are not an able minister of the New Testament as He has commanded you to be according to 2 Corinthians 3:5-6.  Actually it was from this very verse that the Holy Spirit launched me on the study you are about to take to the glory of God the Father.  He said to me that we all are called to be able ministers of the New Testament.  No matter who you are, you cannot fulfill that mandate and not know Jesus preached doctrine of the Kingdom of God, and invariably you will preach your own ideas and those of teachers you’ve had itching ears for.

Okay….are you ready?  Start your study here, and your goal is to debunk the notion that you must in any way return to and/or practice anything that the Jews did in order to enjoy every benefit of having become Born Again, and having become a son/daughter of the Most High God and a citizen of the Kingdom who is also an ambassador charged with the responsibility of reconciling man back to God as you serve in the ministry and Word of reconciliation.

Are you getting it yet?  Don’t quit, don’t stop, come on put in the study time to know the truth.  Ok, here we go a little further:

These are all the verses that the Holy Spirit gave me yesterday (Monday) that I was instructed to teach from in our Monday night School of the Kingdom.  You my dear friends are not called of God to become as Jews to be accepted by God or to go get closer to God or to get some deeper revelation of who you are in God.

I must soundly reject and repudiate such teaching as being no more than pseudo Christianity and esoteric, appealing to the endorphins but not arising to the state of awareness that assures the nations that they are now accepted in the Beloved on the merit that they’ve repented, turned away from their sins and have received of the grace of God that brought them salvation and delivered to each and everyone the Kingdom  of God which is God’s royal rule, authority and act of reigning in the hearts and minds of those who have voluntarily submitted themselves to Him in having received the gospel of the Kingdom and Christ that changes nations.

Join us Monday and Tuesday for School of the Kingdom 8:30 PM (Eastern Time) as we continue teaching on the subject:  Why You Must Teach The Kingdom of God”  We will start with the Jerusalem Council in Acts 15 that conviened around the question “What do we do now that the Gentiles have received salvation like we”?

AFTER studying the above verses and not adding or taking anything away please feel free to post your comments.  “Wherever iron does not sharpen iron someone has a dull blade for a weapon of truth against the enemy.” 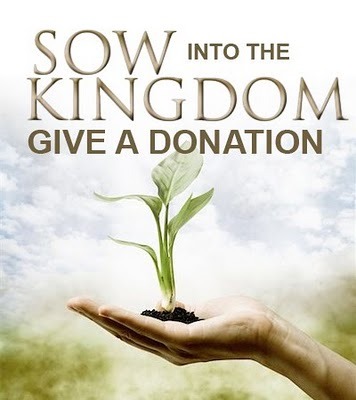 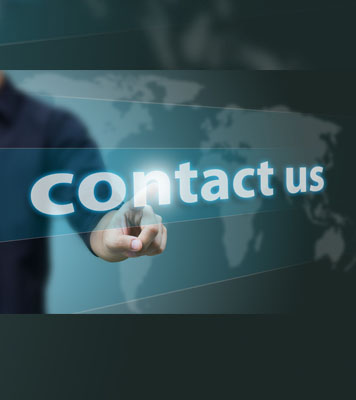